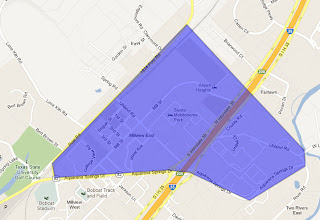 This month we’ll be exploring the Aquarena Springs Drive area of San Marcos, Texas.  This area, located on the Northside of San Marcos, is very close to Texas State University and is popular with renters because properties there are more likely to be furnished and some properties include bills paid.  Residents enjoy a quick commute to both Texas State and Austin.
Aquarena Springs Drive is named for Aquarena Springs, which was constructed in the 1950’s as an amusement park featuring a submarine theater where spectators could watch “mermaids” put on an underwater show.  The amusement park’s most famous attraction was Ralph, The Famous Swimming Pig, who also performed in the Underwater Show.  There were glass-bottomed boats from which visitors could view the inhabitants of the lake, such as the Texas Blind Salamander, which is now on the Endangered Species List.  The amusement park has been closed for years, although you can still take a ride on a glass-bottomed boat.  Texas State University is slowly removing the rides and restoring the waters to their natural state.
Looking for an apartment in the Aquarena Springs Drive area?  Apartment Experts San Marcos can help with our knowledge of vacancies, amenities, and move-in specials at all the best Aquarena Springs Drive addresses.  Call us today at 512-805-0123!