Texas State Professor in the Spotlight

Texas State professor Frederick “Fritz” Hanselmann is a new star, not just in the archeological world, but in Hollywood.  He appeared on Jimmy Kimmel Live! last night and will be on the show again tonight at midnight on ABC to take Kimmel’s sidekick Guillermo to search for Captain Henry Morgan’s lost ships off the coast of Panama, The San Marcos Record reports.

Hanselmann is on the research faculty at the University and is the head Underwater Archaeologist and Dive Training officer with the River Systems Institute at Aquarena Center and the Center for Archeological Studies.  In 2010, he discovered Morgan’s 17th century cannons and a wooden shipwreck which is suspected to be one of five ships from Morgan’s fleet that sunk on the shallow Lajas Reef in 1671. 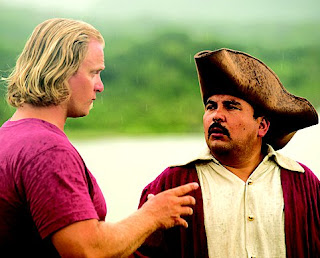 While he was at Indiana University, his research was featured in the 2008 National Geographic Expedition Week show “Shipwreck!  Captain Kidd”, which chronicled Captain Kidd’s Quedagh Merchant shipwreck from 1699 near the coast of the Dominican Republic.  He also was in charge of the inaugural archeological examination of the mouth of the Panama’s Rio Chagres in 2008 which was part of the Rio Chagres Maritime Cultural Landscape Study, which eventually led to the discovery of Henry Morgan’s cannons.

Another of Hanselmann’s projects is capacity building and training for archeologists and heritage managers in countries with less resources than the US, and the development of marine protected areas and underwater preserves.  He teaches PADI and is a Nautical Archaeology Society tutor and will be a professor of Underwater Archeology and Scientific Diving at the Aquarena Center.

Looking for a San Marcos Apartment close to all the underwater and land action?  Apartment Experts San Marcos can help lead your expedition!