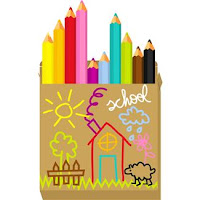 For many young ones around the state, today is the first day back to school! We wish everyone a successful school year! Let us know if you need a new apartment!

From an article in the Statesman–

The first day of school is a bit like a presidential inauguration: an orderly transition from one time to another, polite introductions and the opportunity, for just one more day, to more or less set aside all the hard work to come.

So it was at many public schools across the state Monday. But in Austin, in the pomp and circumstance department, the best show in town had to have been at Zavala Elementary, where about 15 University of Texas cheerleaders, Austin Superintendent Meria Carstarphen and Police Chief Art Acevedo helped take the sting out of the end of summer — school calendar-wise, if not weather-wise.

As day broke over the 75 year-old East Austin school, Carstarphen pulled on a T-shirt of the school’s “Free Wheelin’ Mustangs” bike club for a lap around the block with dozens of little bicyclists.

“Everyone have their helmets on?” Carstarphen asked. “Awesome. Where’s the water stop?” There was one in the courtyard, courtesy of the Livestrong Foundation, which doled out paper cups to bikers after their arduous minutes-long trek.

Asked his hopes for the year, Astran said, “I want to have a lot of fun.”

As it was Monday it will be for the next 179 school days. The bell rings, there’s the pledge of allegiance and the pledge to the Texas flag. And the work begins with two simple words: “Good morning.”